All about The Yellow Revolution

as we already know how the green revolution has impacted plantations in the country. 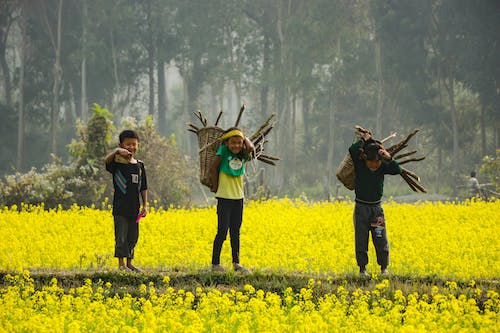 What is the Yellow Revolution?

The following 9 types of seeds come to us under oilseeds –

yellow revolution is the strategy of research and development in the field of production of edible oils and oilseed crops were named as the Yellow Revolution.

From the data we come to know that: The annual availability of per capita fat and oil in Indian food is only 6 kg, while the world availability is 18 kg on average.

By the sixties, India was self-sufficient in oilseed production. But with a growing population due to the low percentage of irrigated area and uncertainty of the weather, the per capita availability of oils in the country has come down, whereas the climate of India is the most suitable for oilseed production.

2. Use of domestic seeds due to which adverse effect on oil quality.

3. Negligible use of food and fertilizers.

4. Crop protection and scientific methods not to be used.

5. To give priority to pulses production in mixed crop farming.

2. Increase in Minimum Support Price – In order to make the oilseed product attractive, the government has also increased the minimum support price substantially. In 1989, the Agricultural Costs and Prices Commission drastically increased the recovery prices of oilseeds.

3. Improved variety of seeds – The government has tried to increase the oilseed productivity of the country by providing improved varieties of seeds to the farmers.

6. Establishment of National Oilseeds and Botanical Development Board (NOBOD).

Thus, after the coordinated efforts adopted in this field, India has not only become self-sufficient in oilseed production

In addition to groundnut, the government has established soybean and sunflower crops as a major attractive oilseed production among the farmers. It is known that ‘Madhya Pradesh’ is the largest producer of soybean in India. Hence it is also known as ‘Soya-Pradesh.

Rajasthan ranks first in India in the combined production of all oilseeds, hence it is also called the ‘Golden State’. Apart from this, it is also successfully cultivated in Uttar Pradesh, Punjab, Haryana, Bihar, etc.

The new National Agricultural Policy was announced by the Central Government on 28 July 2000. If we want to face the challenges in the 21st century efficiently, then the development program of the agriculture sector will have to be given maximum attention. Therefore, the announcement of the new National Agricultural Policy is the appropriate decision taken at the right time.
Objectives of new national agricultural policy

5 objectives behind the announcement of the new National Agricultural Policy –

1. To explore and exploit the vast untapped potential of Indian agriculture.

4. Sustainable development of agriculture, employment generation, and raising the standard of living of farmers by making rural areas self-reliant, and

This policy will help the Indian agricultural economy to face the challenges of economic liberalization and globalization. The main objective of this agricultural policy is to fulfill the domestic demand for food grains and bring India to the forefront in the export of agricultural produce.
Following are the main points of the National Agricultural Policy –

(1) Land reforms will be made more effective and land will be provided to poor farmers through land reforms.

(2) In addition to public investment in agriculture Vinesh, especially in fields such as agricultural research, human resource development, post-harvest management, and marketing, private sector investment will be encouraged.

(3) Along with agriculture, adequate emphasis will be given to the development of animal husbandry, poultry, dairy industry and water harvesting.

(4) Rural electrification will be given high priority as a major driver of agricultural development.

(5) To provide timely and adequate credit to farmers, adequate arrangements for rural and agricultural credit will be made.

7  facts related to the yellow revolution

3 thoughts on “The Yellow Revolution”

Iconic One Theme | Powered by Wordpress